Hendorff was played by actor Jason Matthew Smith. He is credited as "Burly Cadet #1" in スター・トレック (matching the fact that, in the film's script, he was referred to as "a burly Starfleet cadet" [1]) and as "Cupcake" in the end credits of スター・トレック：イントゥ・ダークネス, although he is addressed by Kirk as "Mr. Hendorff" in the latter film. When making the first film, Smith kept "begging" J.J. Abrams to give the character the name, but all of his suggestions kept being shot down. Years later, when Smith saw he had been credited as "Cupcake" in Into Darkness, Smith felt Abrams was "just messing" with him. [2]

Hendorff was meant to die in Into Darkness; Smith shot a scene where he is skewered by a Klingon's bat'leth, and was surprised to see it was cut from the film, or that it did not appear on any of the home releases. He joked, "It's got to be a Guinness Book of World Records for a redshirt to survive three movies. I never thought in a million years that I would have the kind of part that I would have. I know why they did it though. The peripheral characters make it feel like it is a real crew. The familiarity with the Enterprise and the crew are what draw you into that world. You start to care about everyone on board." [4]

Smith returned for the filming of スター・トレック：BEYOND and would have been featured in a scene, being killed by Krall. However, his death scene was cut out again. He can nonetheless briefly be seen in the background of a shot on the surface of Altamid. Abrams has claimed Hendorff will return for 14. [5]

Brian Oerly served as stunt double for Smith during the bar fight in the 2009 film.

Issue #8 of Star Trek: Ongoing from IDW Publishing, "Vulcan's Vengeance, Part 2" first revealed that "Cupcake" was the alternate reality counterpart of Hendorff. Despite Hendorff's repeated reminders to Kirk of his name, Kirk continued to call him "Cupcake." He is the narrator of issue #13, "The Redshirt's Tale", which established his first name initials as "G. P." His parents owned a Labrador dog. He also recalls that his father thought he shouldn't let Uhura get away from him.

In the novelization of Star Trek Into Darkness, Hendorff is killed by a Klingon wielding a bat'leth. Despite not being seen for the rest of the film, his appearance in Star Trek Beyond confirms his survival. 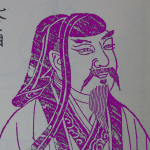