ISBN 0671534815
A Vision of the Future – Star Trek: Voyager is a reference book which provides a behind-the-scenes look at the creation of Star Trek: Voyager. The book primarily pertains to the development of first season episodes "Caretaker" and "Eye of the Needle", but also included some limited information on later episodes from the first four seasons of the series. The inclusion of the information on the later episodes by the editorial staff of Pocket Books was made possible due to the fact that the publication of the book was delayed as author Stephen Edward Poe was battling the effects of cancer at the time he was writing the book. (Star Trek: The Magazine Volume 1, Issue 13, p. 84)

From the book jacket
From its inception, Star Trek: Voyager was destined to be a different kind of series. As the flagship program of the brand-new United Paramount Network, a great deal of attention would be paid to the new captain, her crew and their unique mission to explore the strangest new worlds ever. The producers, writers, actors and myriad staffers expected a challenge. They were not disappointed.

Back in 1968, the mission of Stephen Edward Poe (then writing as Stephen E. Whitfield) was simply to chronicle the Star Trek experience. With the publication of his behind-the-scenes study, The Making of Star Trek, Poe became an integral part of the Star Trek mythos. In A Vision of the Future – Star Trek: Voyager, Poe brings that same unique perspective to a recounting of the latest Star Trek incarnation. Filled with commentary from the creator/producers to the stagehands whose efforts often go unheralded, A Vision of the Future paints a rare portrait of the struggles and triumphs of the earliest days of Voyager. Poe exposes not only the nuts and bolts but the hearts and minds of the people who will carry Gene Roddenberry's vision into the twenty-first century.

The following is a list of chapters, including Voyager episodes that each section references. 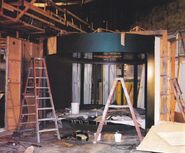 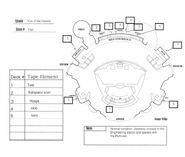 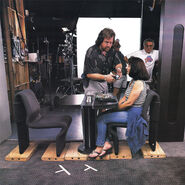 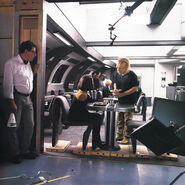 Add an image to this gallery
Retrieved from "https://memory-alpha.fandom.com/wiki/A_Vision_of_the_Future_-_Star_Trek:_Voyager?oldid=2709288"
Community content is available under CC-BY-NC unless otherwise noted.