Multiple characters
Adrian Tafoya (born 26 April 1959; age 62) is an actor who first appeared as two different characters in Star Trek V: The Final Frontier followed by several appearances in episodes of Star Trek: Voyager and Star Trek: The Next Generation. Tafoya received no credit for his appearances. His costumes from "Descent" and "Descent, Part II", "Year of Hell", and "Waking Moments" were later sold off on the It's A Wrap! sale and auction on eBay. [1] [2] [3]

Beside acting, Tafoya has been working behind the camera as assistant director, technician, writer, producer, and production stage manager for plays such as at the Hudson Theatre in Hollywood, California. His resume lists over five hundred live theatrical productions. He also worked as stage manager for Universal Studios Hollywood between 1996 and 2005 and Sony Studios in 2001. Tafoya is producer and partner of the production company Tres Production, LLC. 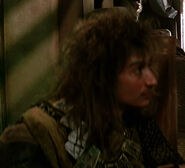 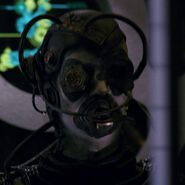 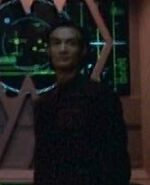