Andorian uniforms were the duty clothing worn by members of the Andorian Imperial Guard.

Personnel assigned to specific stations aboard a starship or generals working from an office feature no decorations, baldrics, or straps on their uniforms. (ENT: "Proving Ground", "Kir'Shara") 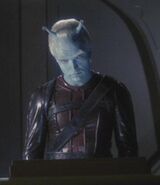 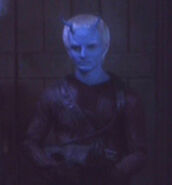 A bridge officer aboard the Kumari, 2154
Add an image to this gallery

A female variant of the uniform was worn by Lieutenant Tarah in 2152. This variant featured a low cleavage. (ENT: "Proving Ground")

Both versions of this costume, worn by Suzie Plakson and Katie Rowe, were sold off on the It's A Wrap! sale and auction on eBay. [12] [13]

Another variant was a kind of camouflage variant of this uniform, seen worn in 2154. (ENT: "Babel One") 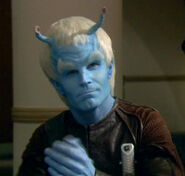 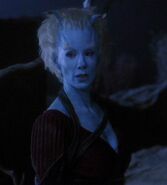 A camouflage variant, 2154
Add an image to this gallery
Retrieved from "https://memory-alpha.fandom.com/wiki/Andorian_uniform?oldid=2739392"
Community content is available under CC-BY-NC unless otherwise noted.