For the Star Trek: Voyager fourth season episode "Scientific Method", Helde filmed her scene on Thursday 31 July 1997 on Paramount Stage 8. Her costume from this episode was later sold off on the It's A Wrap! sale and auction on eBay. [1]

Helde is primarily a stage actress and has appeared in many plays such as MacBeth in 1988 and A Few Good Men between 1989 and 1991, in which she played Lt. Cmdr. Joanne Galloway, a character which was played by Demi Moore in the film version of 1992. She is frequently involved in the Denver Center for Performing Arts in Denver, Colorado. 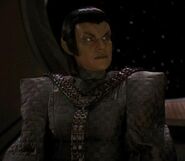 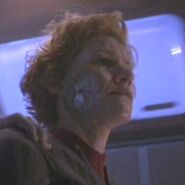 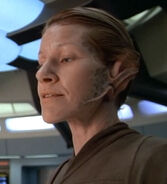 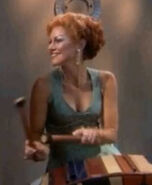 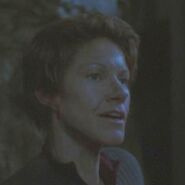 Lieutenant Nadia Larkin
DS9: "The Siege of AR-558", "It's Only a Paper Moon"
(uncredited archive footage in the latter one)