Other television series on which she has made guest appearances include Dr. Quinn, Medicine Woman (with Chad Allen and Barbara Babcock), Walker, Texas Ranger (with Noble Willingham), The Drew Carey Show (with Diedrich Bader), The Guardian (with Raphael Sbarge), CSI: Crime Scene Investigation, and Desperate Housewives (with Teri Hatcher and Steven Culp). She also had recurring roles on Party of Five (1998) and The Practice (2003). 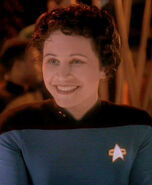 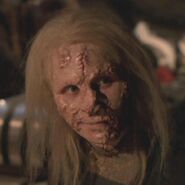 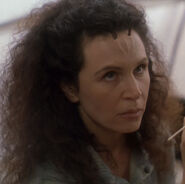 E'Lis
ENT: "Marauders"
Add an image to this gallery

Retrieved from "https://memory-alpha.fandom.com/wiki/Bari_Hochwald?oldid=2487958"
Community content is available under CC-BY-NC unless otherwise noted.