Multiple aliens
Bob Shuttleworth is an actor who was a recurring background performer on several episodes of Star Trek: The Next Generation, Star Trek: Deep Space Nine and Star Trek: Voyager. His Krenim uniform was later sold off on the It's A Wrap! sale and auction on eBay. [1]

Shuttleworth has found his way into the film business after studying the book Back to One: The Movie Extras Guidebook by fellow VOY background actor Cullen Chambers, with whom he has appeared in several productions and commercials. 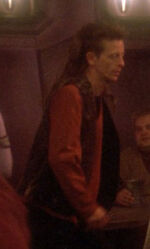 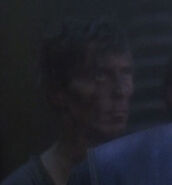 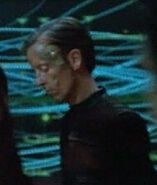 Retrieved from "https://memory-alpha.fandom.com/wiki/Bob_Shuttleworth?oldid=2700749"
Community content is available under CC-BY-NC unless otherwise noted.