Boxing, or pugilism, was a recreational Earth sport. One who participated in this sport was called a boxer. (TNG: "Brothers")

Boxing consisted of two people in a square ring surrounded by ropes. The object was to defeat the opponent on points or by knock-out. In general, the Marquess of Queensberry Rules were followed. (DS9: "Q-Less")

Boxing was taught at Starfleet Academy. Chakotay learned to box as a cadet and was instructed by Boothby. (VOY: "The Fight") After being injured by a plasma discharge while piloting the Delta Flyer in a graviton ellipse, Chakotay woke up claiming, "It feels like I went ten rounds with an Andorian." Tom Paris corrected him, stating that it was "more like twenty." (VOY: "One Small Step")

In 2369, Q challenged Benjamin Sisko, commander of Deep Space 9, to a boxing contest and lost. Q created a boxing ring in Quark's and referred to fisticuffs and pugilism before he lost this fight. (DS9: "Q-Less")

The script for these scenes included commentaries about the boxer's dresses, ca. 1900 and that Q seemed like Gentleman Jim Corbett, a famous US boxer.
Boxing figured prominently into the writers' second draft script of ENT: "Breaking the Ice", in which Trip Tucker taught T'Pol how to spar.

Carlos Palomino, who portrayed Chakotay's holographic Terrellian sparring partner in "The Fight", was the WBA Welterweight champion from 1976 to 1979. 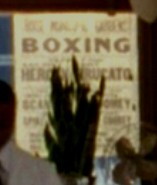 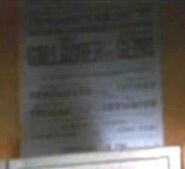