DS9 resident;
Klingon patrol guard
Brennan Dyson (born 18 October 1964; age 57) began his career as an actor in the early 1990s and appeared as a Deep Space 9 resident in the Star Trek: Deep Space Nine pilot episode "Emissary". During this time he also trained in stunt work and became a working stuntman and stunt coordinator. He worked as a stunt double for Michael Dorn on many episodes of Deep Space Nine and on Star Trek Nemesis. More recently, he portrayed a Stunt Klingon in Star Trek Into Darkness. [1]

His stunt costume from the episode "Trials and Tribble-ations" and his uniform from Nemesis were later sold off on the It's A Wrap! sale and auction on eBay. [2] [3] [4] Also sold were a pair of boots and trousers worn by Dyson. [5] [6]

Born in St. Louis, Missouri, Dyson moved with his family to California at the age of four. Later, he started a modeling career for brands such as Nike and Gatorade. While working out he met stuntman Mark Riccardi who recommended the stunt business and made the contact with Chester E. Tripp III. Dyson's first stunt part was for stunt coordinator Red Horton on the adventure Storybook (1994, with Scott Leva and Kevin Grevioux).

In 1998, Dyson met LL Cool J while working as his stunt double on the horror sequel Halloween H20: 20 Years Later under stunt coordination by Donna Keegan. The two became friends and Dyson also doubled LL Cool J on the science fiction remake Rollerball (2002) and the action thriller S.W.A.T. (2003). Since 2009, he has worked as a stunt double for LL Cool J on the crime series NCIS: Los Angeles, which had Miguel Ferrer in its cast. NCIS: Los Angeles is as of 2022 in its thirteenth season.

Dyson also doubled Harry Lennix on two episodes of Diagnosis Murder (1998-1999), Malcolm-Jamal Warner on Malcolm & Eddie, Dorian Gregory on Charmed, Dennis Haysbert on The Unit (2006), Brian White on The Shield, Eriq La Salle on Without a Trace, Rick Fox on One Tree Hill, Bert Belasco on House M.D. (2007), David Ramsey on the drama Pay It Forward (2000), Sherman Augustus on the science fiction thriller Virus (1999), Idris Elba on the horror thriller The Reaping (2007), Omar Benson Miller on the science fiction film Transformers (2007), Danny Glover on the thriller Shooter (2007), Boris Kodjoe on the series Undercovers (2010), Terry Crews on the action thriller The Expendables (2010), Method Man on the science fiction thriller Future World (2018), and Chris Judge on the fantasy comedy To Have and To Hold.

Among his credits as stunt coordinator are the science fiction thriller Recoil (2001), the horror film Sheltered (2010), the family movie Arlo: The Burping Pig (2016), the action thriller Altitude (2017, with Mickey Cassidy and Panuvat Anthony Nanakornpanom), the television comedy After School Special (2017, with Jessi Fisher), and the horror film Middle of the Night (2018), on which he also worked as executive producer and second unit director. 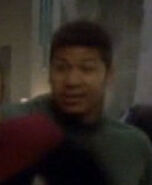 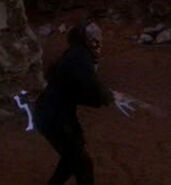 Stunt double for Michael Dorn
DS9: "The Way of the Warrior"
(uncredited)

Stunt double for Michael Dorn
DS9: "To the Death"
(uncredited) 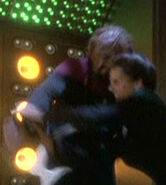 Stunt double for Michael Dorn
DS9: "Looking for par'Mach in All the Wrong Places"
(uncredited) 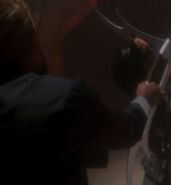 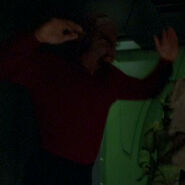 Stunt double for Michael Dorn
DS9: "'Til Death Do Us Part"
(uncredited) 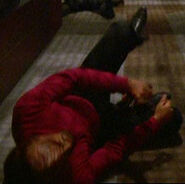 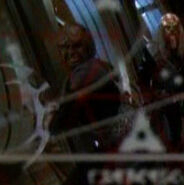 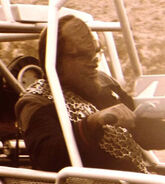