Brian J. Cousins (born 9 May 1959; age 60) is an actor who appeared in two episodes of Star Trek: The Next Generation and in an episode of Star Trek: Enterprise. For the Enterprise episode "The Catwalk", Cousins filmed his scenes in late October 2002 on Paramount Stage 18. 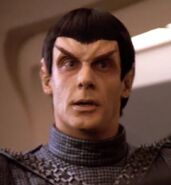 Parem
TNG: "The Next Phase" 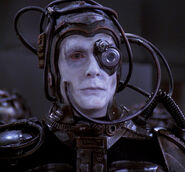 Paltani
ENT: "The Catwalk"
Add an image to this gallery

Retrieved from "https://memory-alpha.fandom.com/wiki/Brian_Cousins?oldid=2417220"
Community content is available under CC-BY-NC unless otherwise noted.