Andrew Powell
DS9 Starfleet officer
Brian D. Demonbreun (19 November 1959 – 29 November 2016; age 57) was a graphic artist, videographer, and actor who appeared as a regular background actor throughout the run of Star Trek: Deep Space Nine and in three episodes of Star Trek: The Next Generation. He received no credit for his appearances.

Demonbreun was born in Santa Monica, California and grew up in Hawthorne, California, attended the Hawthorne Highschool from 1974 until 1978, and was a member of the Screen Actors Guild between 1987 and 2016. He worked as a graphics artist since 1980 and founded his production company Art Patrol in 1989. He specialized in preparing illustrations for realtors and developers. He was also very compassionate for all animals and rescued/cared for many and did his best to spread the word about animals needing shelter and homes. He also was concerned about the lack of trees and natural habitat in his region and designed and implemented residential landscaping projects that brought back natural wildlife to area neighborhoods.

Outside Star Trek he appeared in a supporting role in the war drama The Hanoi Hilton (1987) alongside Star Trek performers David Soul, Stephen Davies, Lawrence Pressman, John Vargas, Rick Fitts, and Bill Cho Lee and was featured as a Cobblepot staffer and banquet guest in the comic sequel Batman Returns (1992, with Lena Banks). Demonbreun worked as stand-in for Charles Rocket and background Icarus ranger in Jonathan Frakes' television pilot Star Patrol! (2000, with Robin Morselli, Tom Miller, Michael Bailous, Kathi Cook, Jason Alexander, and Mel Johnson, Jr.) and as stand-in for John C. Reilly in the comedy Year of the Dog (2007, with Josh Pais).

More recently he appeared as a background actor in the award-winning drama World Trade Center (2006, with Jude Ciccolella and Susie Stillwell), the drama Even Money (2006, starring Kelsey Grammer), the science fiction thriller Next (2007, with Jim Beaver, Danny Downey, and Bonita Friedericy), the fantasy film D-War (2007, with Holmes R. Osborne, Matthias Hues, and Derek Mears), and the sports comedy Balls of Fury (2007, with Diedrich Bader and Cary-Hiroyuki).

Brian Demonbreun passed away on Tuesday 29 November 2016 after battling a long illness. [1] 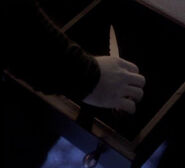 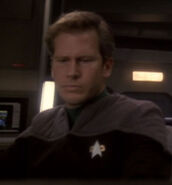