Outside of Star Trek, he is likely best known for playing bus passenger Ortiz in the action film Speed (1994, with Alan Ruck, Richard Lineback, Jordan Lund, Patricia Tallman, and Bruce Wright). He also lent his voice to the video game Grand Theft Auto: San Andreas and had a supporting role in George Clooney's drama Confessions of a Dangerous Mind (2002, with Michael Ensign, Daniel Zacapa, Tommy Hinkley, and Monika Spruch). 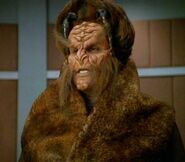 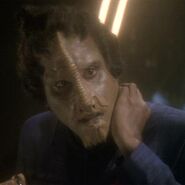 Krole
DS9: "Honor Among Thieves"
Add an image to this gallery

Retrieved from "https://memory-alpha.fandom.com/wiki/Carlos_Carrasco?oldid=2490826"
Community content is available under CC-BY-NC unless otherwise noted.