Caron "CC" Colvett (died 6 February 2014) was a stuntwoman and stunt actress who served as one of the stunt doubles for Terry Farrell on Star Trek: Deep Space Nine. She received no credit for her work, however her name appears on a pair of boots sold off on the It's A Wrap! sale and auction on eBay. [1] 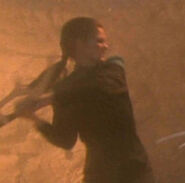 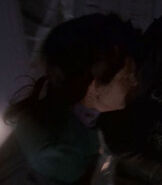 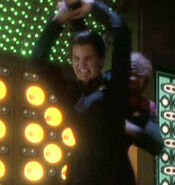 Stunt double for Terry Farrell
DS9: "Looking for par'Mach in All the Wrong Places"
(uncredited) 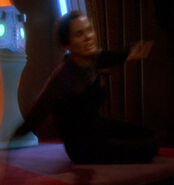 Stunt double for Terry Farrell
DS9: "Tears of the Prophets"
(uncredited)
Add an image to this gallery

Retrieved from "https://memory-alpha.fandom.com/wiki/Caron_Colvett?oldid=2415797"
Community content is available under CC-BY-NC unless otherwise noted.