Cheryl Eckelberry is an actress who appeared as a background actress in two episodes of Star Trek: Voyager. She received no credit for her appearances but was identified by the call sheets of the episodes and the name tag of her costume from "Favorite Son" which was sold off on the It's A Wrap! sale and auction on eBay. [1] The call sheets for "Relativity" also list her as "Cheryl Eikenberry". 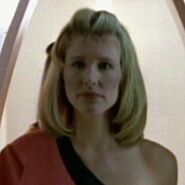 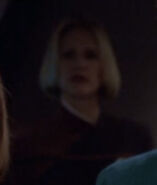 Retrieved from "https://memory-alpha.fandom.com/wiki/Cheryl_Eckelberry?oldid=2419594"
Community content is available under CC-BY-NC unless otherwise noted.