Chester E. Tripp III (born 13 July 1959; age 62) is a stuntman, stunt actor, and stunt coordinator who performed stunts in several episodes of Star Trek: Deep Space Nine, Star Trek: Voyager, and Star Trek: Enterprise. He also worked as an additional fight choreographer on several locations and received no on-screen credit for all of his appearances. His costume from the episode "Warlord" was sold off on the It's A Wrap! sale and auction on eBay. His name was misspelled as Chester Trapp on the name tag. [1]

Tripp was born in Wauseon, Ohio and is nicknamed Butch. Hailing from a big family he spent his youth in several foster homes. He played football and was also an awarded boxer. Tripp has entered the stunt industry in 1987 and has been married to D. LeAnn Tripp. They have three children. He has doubled for stars such as Bill Paxton, Greg Kinnear, William Sadler, Kiefer Sutherland, Peter Weller, Steven Weber, and Josh Lucas and was also a member of a stunt group which performed show fights on several Star Trek conventions. 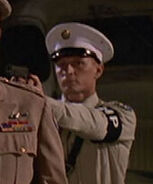 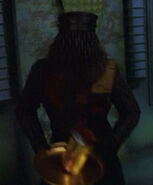 Security lieutenant
DS9: "The Darkness and the Light"
(uncredited) 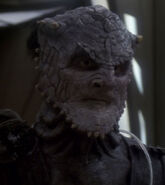 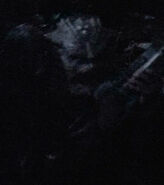 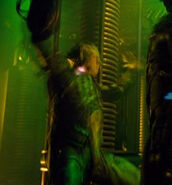 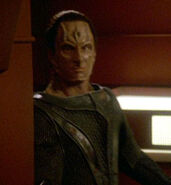 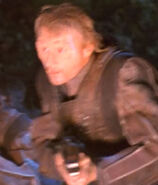 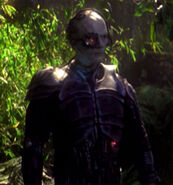 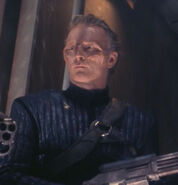 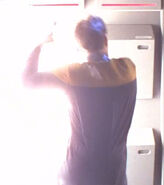 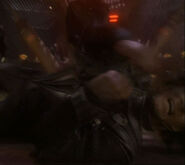 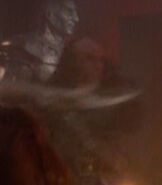 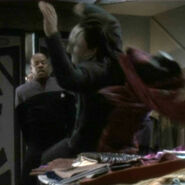 Stunt double for
Andrew J. Robinson
DS9: "What You Leave Behind"
(uncredited)