View source
watch 01:55
Cobra Kai Season 4 - The Loop
Do you like this video?
Play Sound
Multiple realities
(covers information from several alternate timelines)
"You're the chief engineer of a starship, and it's a time of your life that'll never come again. When it's gone, it's gone."
– Montgomery Scott, to Geordi La Forge, 2369 ("Relics")

The chief engineer's duties ranged from making the duty shift roster for engineering personnel to advising the captain on possible solutions for certain technical problems.

In general, the chief engineer was an officer with enough experience in his or her own field of expertise and with seniority over the rest of the engineers. A chief engineer was also a member of the senior staff and was accountable for the overall performance of the vessel.

The captain of a Starfleet starship had the prerogative to appoint someone to the post of chief engineer even if he or she did not have the seniority which normally would apply to this function. Persons with vast experience and engineering knowledge but no appropriate Starfleet rank could be appointed as chief engineer in this manner. (VOY: "Parallax")

Some noted chief engineers in Starfleet history were:

The Starfleet of the alternate reality established in 2233 by the temporal incursion of the Romulan Nero had one note worthy chief engineer: 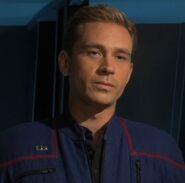 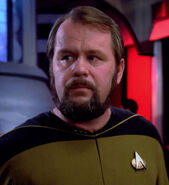 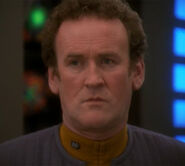 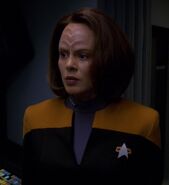 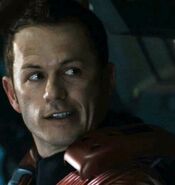 Argyle appeared to have replaced MacDougal as chief engineer and was apparently replaced himself by Lieutenant Logan prior to TNG: "The Arsenal of Freedom", who was in turn seemingly replaced by Leland Lynch by TNG: "Skin of Evil". However, Commander William T. Riker's line in "Where No One Has Gone Before" that engineering matters were overseen by "one of our chief engineers, in this case, [Mr.] Argyle" seems to imply that the ship had more than one chief engineering officer at the time. Therefore, it is possible that MacDougal and Argyle both served as chief engineer simultaneously. This practice of having more than one chief engineer seems to have come to an end by 2365, when Geordi La Forge became the sole chief engineer of the Enterprise. It is also however possible that the term chief engineers actually applied to the most senior engineers (possibly the three most senior, as typically three shifts would be run in a day so there would have to be at least three engineers who would run the department during their own shifts), however, chief engineer was still an individual position in its own regard. This multiple application of titles has been seen before with regard to the title of commanding officer, which could be used to apply to the single position of the highest-ranking officer in command of a starship or starbase or also to the person whom one directly reported to in the chain of command or in a department.