The chief of security (also known as security chief, head of security, or chief security officer) was the officer in charge of security aboard a starship or starbase.

In the United Earth Starfleet, the armory officer was in charge of a ship's security division.

In the 2270s, the role of security chief was combined with that of the chief tactical officer. These officers were also in charge of weapons, shields, and ship security. The chief tactical officer could be a separate position or be combined with that of helmsman or navigator. (Star Trek: The Motion Picture; Star Trek V: The Final Frontier; Star Trek VI: The Undiscovered Country)

In the 24th century, with helm and navigation consolidated in the new flight control officer position, the chief tactical officer fulfilled the role of security chief. (TNG: "Encounter at Farpoint") Aboard the USS Voyager, Lieutenant Commander Tuvok, as security chief, had thirteen department heads report to him every day on ship's protocol. (VOY: "Scientific Method") The ship's security chief was responsible for initiating shipboard security alerts. (TNG: "All Good Things...") The conducting of personnel reviews was also among the chief's duties. (TNG: "New Ground")

On some starbases, such as Deep Space 9, the chief of security was a separate position from the tactical officer and was also referred to as head of security. (DS9: "Babel") 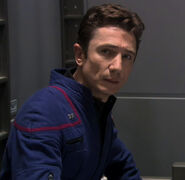 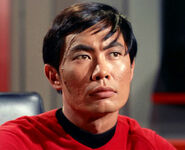 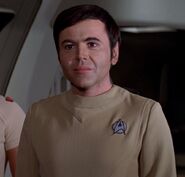 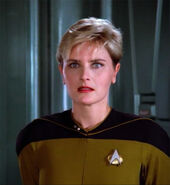 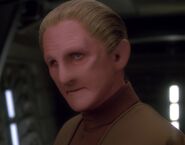 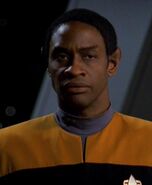