Christine Anne Baur (born 9 May) is a former stuntwoman and stunt actress who performed stunts in several episodes of Star Trek: The Next Generation, Star Trek: Deep Space Nine and Star Trek: Voyager. She received no credit for her appearances.

Baur filmed her scene for the Star Trek: The Next Generation fifth season episode "Power Play" on Thursday 23 January 1992, one month after the regular shots were filmed. She was part of a second unit insert shot in which several scenes were added or filmed again and was listed as Carol Bauer on the call sheet. On Friday 28 February 1992 she worked on set as stunt double for Marina Sirtis, doubling her fall into the closet. During the re-shoots of this scene Sirtis performed this stunt on her own and Baur's stunt was not used in the final episode. Her costume as stunt double for Fionnula Flanagan in "Inheritance" was later sold off on the It's A Wrap! sale and auction on eBay. [1]

For the Star Trek: Voyager third season episode "Warlord", Baur filmed a stunt scene as double for Jennifer Lien opposite Kate Mulgrew's stunt double Lynn Salvatori on Tuesday 3 September 1996 on Paramount Stage 9 which was housing the transporter room set. The final scene in the episode however only featured Mulgrew and Lien and not their stunt doubles. On the same episode, Baur doubled for Lien again on Monday 9 September 1996, filming the final fight scene of the episode on Paramount Stage 16. She worked with Galyn Görg's stunt double Sandy Berumen but only a wide shot of the two stunt doubles was part of the final episode.

In 2005 Baur won a Taurus World Stunt Award in the category Best Specialty Stunt with fellow stunt performers for a scene in Taxi. 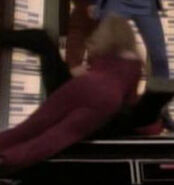 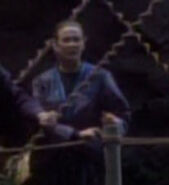 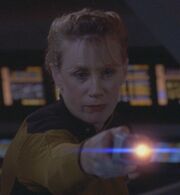 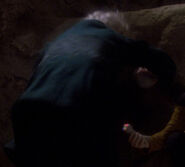 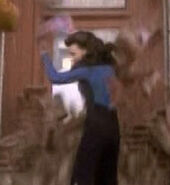 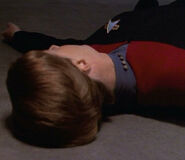 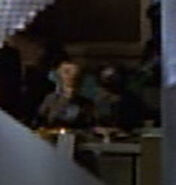 Retrieved from "https://memory-alpha.fandom.com/wiki/Christine_Anne_Baur?oldid=2714397"
Community content is available under CC-BY-NC unless otherwise noted.