Christopher Charles Collins (30 August 1949 – 12 June 1994; age 44) was an actor and comedian who made four appearances on Star Trek: The Next Generation and Star Trek: Deep Space Nine. His costume from the episode "Samaritan Snare" was sold off on the It's A Wrap! sale and auction on eBay. [1] [2]

Collins was born Christopher Lawrence Latta in Orange, New Jersey and raised in Manhattan, New York. He changed his legal name to Christopher Collins after being adopted by his stepfather, although he would continue using Chris Latta as a stage name for some of his roles. He began studying acting, dance, voice and mime after spending a year at New York University, after which he performed in New York and Boston theaters.

The majority of Collins' television work consists of voice-over roles on animated television shows. Perhaps his best known roles as those of the Cobra Commander on G.I. Joe and Starscream on Transformers. He also voiced these characters in the feature-length animated movies based on those shows. For 1986's The Transformers: The Movie, Collins worked fellow Star Trek alumni Michael Bell, Roger C. Carmel, Paul Eiding, Walker Edmiston, Clive Revill, Frank Welker, Orson Welles, and, most notably, Leonard Nimoy.

Collins was among the uncredited voice actors who worked on Star Blazers along with Kenneth Meseroll and Rene Auberjonois. Most notably, he provided the voices of Sgt. Knox and Captain Gideon during the show's Comet Empire series.

Collins was the original voice for Charles Montgomery Burns and Moe the Bartender on the long-running Fox animated series The Simpsons. He voiced the characters for the first few episodes but was forced to give it up and he was replaced by Harry Shearer as Mr. Burns and Hank Azaria took over the voice of Moe.

In addition to his appearances on Star Trek, Collins' live-action television credits include guest spots on Mama's Family (in an episode with Kevin Carr), Anything But Love (starring Billy Van Zandt), Seinfeld (starring Jason Alexander), NYPD Blue (starring Gordon Clapp and Sharon Lawrence), and Married with Children (with Steve Susskind).

He also had small roles in films such as Road House (with Anthony De Longis, Tiny Ron and Kevin Tighe), True Identity (starring Frank Langella and Michael McKean), and Stop! Or My Mom Will Shoot (with Marjean Holden and Patti Yasutake). His last film was Sidney Lumet's 1992 crime drama A Stranger Among Us, in which he and James Gandolfini had supporting roles as hoodlum brothers.

In addition to acting, Collins had a career as a comedian. He toured the United States and Canada as a stand-up comic in the late 1980s and early 1990s. In 1990, he won the San Francisco International Stand-Up Comedy Competition.

Collins died in Ventura, California in 1994 at the age of 44. His official cause of death is listed as a cerebral hemorrhage, although comments made by some of his friends and co-workers suggest Collins had personal issues which may have played a part in his untimely death. [3] [4] 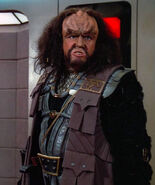 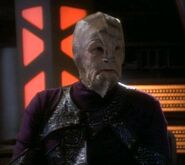 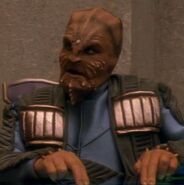 Retrieved from "https://memory-alpha.fandom.com/wiki/Christopher_Collins?oldid=2715601"
Community content is available under CC-BY-NC unless otherwise noted.