Clark Tucker (born 19 September 1970; age 49) is a stuntman, stunt actor, and stunt coordinator who worked as stunt double for Dominic Keating in episodes of the fourth season of Star Trek: Enterprise, taking over this part from Marty Murray. Tucker received no credit for his work. Two of his costumes were sold off on the It's A Wrap! sale and auction on eBay, both were also worn by Marty Murray. [1] [2] The EV suit worn by him in the episode "Babel One" was later on display at the Star Trek: The Exhibition in Blackpool in 2018.

For his performance as stunt double for Fred Ward and his crash through a window in the comedy Corky Romano received Tucker a Taurus World Stunt Award nomination for the hardest hit. Tucker has also doubled several other actors, including Brandon Call in the television series Step by Step, Chris O'Donnell in the comic adaptations Batman Forever (1995) and Batman & Robin (1997), Christian Campbell in the drama series Malibu Shores (1997, with stunts by Jay Caputo), Wayne Pere in the science fiction movie Alien Nation: The Enemy Within (1996, with Gary Graham, Eric Pierpoint, Michele Scarabelli, Kerrie Keane, Joe Lando, and stunts by Paul Eliopoulos, Denney Pierce, and Nancy Thurston), Tim Roth in the drama Gridlock'd (1997, with Tom Wright and stunts by Maria Doest and Gary Baxley), Alexis Arquette in the comedy Love Kills (1998, with Vincent Schiavelli), and Henry Winkler in the comedy P.U.N.K.S. (1999, along B.J. Davis, Christopher Doyle, David LeBell, Gene LeBell, and J. Suzanne Rampe).

Tucker has also doubled Milo Ventimiglia in the series Gilmore Girls, Tony Plana in 24, Louis Mandylor and Rick Hearst in Charmed (2000 and 2002, under stunt coordination of Noon Orsatti and along Michael Hugghins and Craig Baxley, Jr. in the latter one), Robert Downey, Jr. in the comedy The Singing Detective (2003, with Saul Rubinek, Alfre Woodard, Clyde Kusatsu, Leonard Crofoot, Spice Williams-Crosby, and stunts by Paul Sklar), Ian Somerhalder in the drama Fearless (2004), and Rider Strong in the television series Pepper Dennis (2006, with Brett Cullen and Bob Gunton, and stunts by Stacey Elizabeth Carino). He has doubled for actor John Leguizamo in the thriller Executive Decision (1996, with Len Cariou, Andreas Katsulas, Dey Young, Eugene Roche, Paul Collins, Warren Munson, and Richard Riehle), the television drama Point of Origin (2002, with Ronny Cox and stunts by Mark Chadwick, Jeremy Fry, Mike Gunther, and Peewee Piemonte), and the ER episode "Quintessence of Dust" (2006, with Scott Grimes and Leland Orser).

Today, Tucker has been the owner of the media company Epic Housing Solutions in Orlando, Florida. [3] 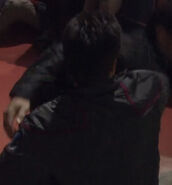 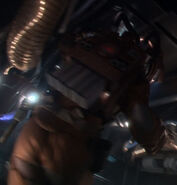 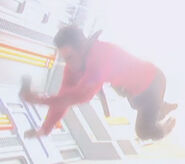 Stunt double for Dominic Keating
ENT: "In a Mirror, Darkly, Part II"
(uncredited)
Add an image to this gallery

Retrieved from "https://memory-alpha.fandom.com/wiki/Clark_Tucker?oldid=2420471"
Community content is available under CC-BY-NC unless otherwise noted.