He first appeared as the Acamarian bodyguard in the Star Trek: The Next Generation third season episode "The Vengeance Factor". He then portrayed the second Klingon officer in Star Trek VI: The Undiscovered Country and an illusory workman in the TNG seventh season episode "Phantasms" and ten years later a Benkaran prisoner in the Star Trek: Voyager seventh season episode "Repentance". As a background performer he received no credit for this appearances. His costume from his fourth appearance was later sold off on the It's A Wrap! sale and auction on eBay. [1] Hodges filmed his scenes as a Klingon with fellow actor David Orange on Tuesday 9 April 1991 on Paramount Stage 15.

Hodges was a professional boxer before he turned into acting and fought among opponents such as Larry Quarry, Jimmy Young, and George Foreman and participated at the Golden Gloves heavyweight championship in the 1960s. [2]

Hodges appeared as a prison guard in the 1994 music video of the Snoop Doogg song "Murder Was the Case". [3] 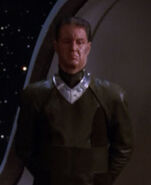 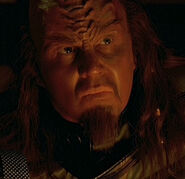 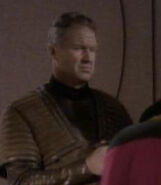 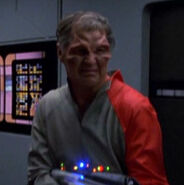