Nelson was born in Salt Lake City, Utah where he later studied acting at the University of Utah then transferred to New York University's Tisch School of Arts.

Both times Nelson appeared on Trek, he worked with a Margolis: the elder Mark in "A Matter of Perspective" and the younger Morgan in "Living Witness." 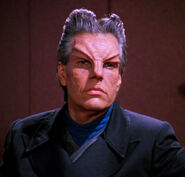 Krag
TNG: "A Matter of Perspective" 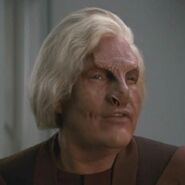 Retrieved from "https://memory-alpha.fandom.com/wiki/Craig_Richard_Nelson?oldid=2417725"
Community content is available under CC-BY-NC unless otherwise noted.