Multiple characters
Cullen G. Chambers (born 4 October 1960; age 61) is an actor, director, writer, and author who appeared as a background actor in several episodes of Star Trek: The Next Generation and Star Trek: Voyager . As a background actor he received no on-screen credit for his appearances. Prior to principal filming on Voyager, Chambers worked as stand-in during camera and makeup tests on Paramount Stage 8 on Wednesday 10 August 1994.

Chambers was born in Lima, Ohio and entered the film business as a filmmaker and actor and began as a background actor and stand-in when finally settling in Hollywood. He served as double, stand-in, and body double for actors such as Denzel Washington, Morgan Freeman, Samuel L. Jackson, and Sidney Poitier. Beside his acting appearances he also has experience as producer, writer, author, casting director, director, and stunt actor. In 1986 he wrote a book which is called "the bible for an upcoming actor", titled "Back to One: The Movie Extras Guidebook". This book has become an award-winning bestseller and was published in its 19th edition in 2006. The book features a foreword and small introduction by Adele Simmons, former TNG first assistant director. He also thanks Simmons, Marvin Rush, and Arlene Fukai for their support.

His homepage lists his appearances in television series, feature films, music videos, and commercials as about 3000 different on-screen performances. 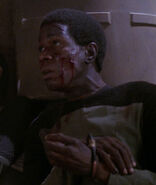 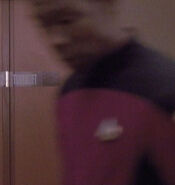 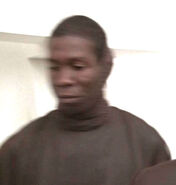