He has also doubled for actors such as Patrick Duffy, Rick Overton, and David Naughton. Three years before Koko worked on Star Trek: The Next Generation, he set a high fall world record by falling 326 feet from the Vegas World Hotel in Las Vegas. [1] Between 1972 and 1974 he won thirty-two medals in track meets throughout the United States. (Star Trek: The Next Generation 365, p. 122)

Koko has performed stunts in television series such as The Merv Griffin Show, The Fall Guy, Late Night with David Letterman, The Adventures of Mark & Brian (starring Brian Phelps and Mark Thompson), and Oz (1998, with Mark Margolis). 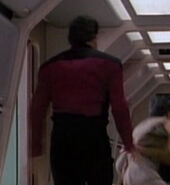 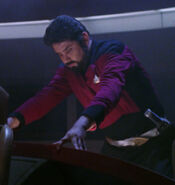 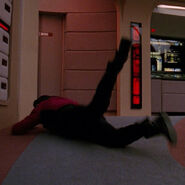 Stunt double for
Jonathan Frakes
TNG: "The Best of Both Worlds"
(uncredited) 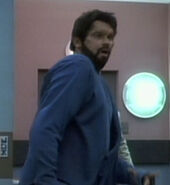