Multiple characters
Danny Goldring (born 31 May 1946; age 76) is a stage, television, and film actor who made guest appearances in three of the Star Trek spin-off series. He appeared in a total of six episodes, playing five different characters. His costumes from the episodes "Fortunate Son" and "The Catwalk" were later sold off on the It's A Wrap! sale and auction on eBay. [1] [2]

Goldring was born in Woodstock, New York. As the son of a US Navy officer he traveled the world until he settled down in Chicago, Illinois. After he toured with the puppeteer troupe Cole Marionettes, Goldring attended the Goodman Theatre School of Drama to focus on a career as an actor. [3]

Goldring started his screen career in the 1970s with appearances in the television crime drama The Million Dollar Rip-Off (1976, with James Sloyan and directed by Alexander Singer) and guest roles in episodes of The Awakening Land (1978, with Bert Remsen and Timothy Carhart), Texas (1980), and Crime Story (1986, with Bill Smitrovich, William O. Campbell, Linda Fetters, and Michael Krawic).

Goldring guest-starred in The Invisible Man (2001, with Armin Shimerman and Gary Weeks) and Six Feet Under (2005, with James Cromwell, Joanna Cassidy, Lisa Banes, Rosalind Chao, and Andy Milder), appeared in the short projects Janey Van Winkle (2002), A Perfect Manhattan (2009), and Lenny Morris vs. The Universe (2011), and worked on the science fiction comedy Just Visiting (2001, with Malcolm McDowell, Darryl Henriques, Ric Sarabia, and Kelsey Grammer), the science fiction film Betaville (2001), the drama The Earl (2007), and the crime drama Chicago Overcoat (2009, with Mike Starr and Usman Ally).

In 2008, Goldring played "Grumpy", one of Joker's goons in the comic adaptation The Dark Knight. He filmed his scenes for eight days in Chicago and wasn't seen without a mask in this movie. Goldring remarked that, "You might recognize my voice." [4] The film also featured Star Trek alumni Keith Szarabajka, Tommy "Tiny" Lister, Jr., Andrew Bicknell, Jon Lee Brody, and Tom McComas.

Between 2011 and 2012, Goldring portrayed Ryan Kavanaugh in the two seasons of the crime television series Boss, starring Kelsey Grammer and with recurring guest stars Francis Guinan and Nicole Forester. [5] Goldring also performed in various stage plays such as "King of Coons", "Under Milkwood", "One Flew Over the Cuckoo's Nest", and "Porgy and Bess". [6]

More recently, he appeared in the thriller The Drunk (2014, co-produced by Chadwick Struck), the fantasy thriller Dig Two Graves (2014, with Kara Zediker), three episodes of the Netflix series Sense8 (2015 and 2017, with Ness Bautista and created and executive produced by J. Michael Straczynski), the television comedy Cop Drama (2015), the comedy Fools (2016), the short thriller Cellar Door (2016), the short comedy When Jeff Tried to Save the World (2017, with Jim O'Heir), and an episode of Joe Pera Talks with You (2018). 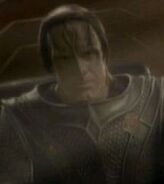 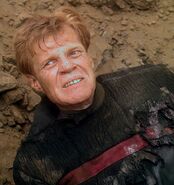 Chief Burke
DS9: "Nor the Battle to the Strong" 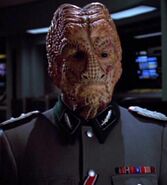 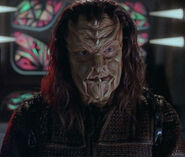 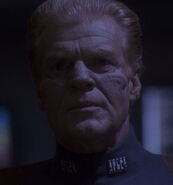