Dave Archer (born 15 January 1941; age 79) is an author and artist who created glass space paintings for several Star Trek productions. For Star Trek: The Next Generation he created four paintings which were re-used several times. [1] He also contributed paintings to the briefing room scenes at Starfleet Headquarters in Star Trek VI: The Undiscovered Country and for the set dressing at the drydock and Guinan's quarters in Star Trek Generations. [2] His creations were also used in J.J. Abrams' 2009 film Star Trek. [3]

Archer's reverse glass paintings can also be seen in over 100 feature films and television series including the comic adaptation Howard the Duck (1986), the television series Eye to Eye with Connie Chung (1993-1995), dozens of documentaries for the Discovery Channel, and more recently in the science fiction sequel Terminator Genisys (2015).

His creations have been published in galleries worldwide since 1961 and were featured on book covers such as for authors Isaac Asimov, Larry Niven, aand Tauzero, magazines, articles, and broadway plays. [5] 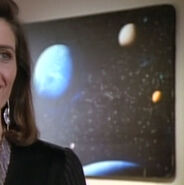 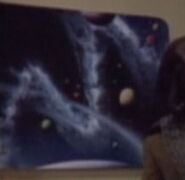 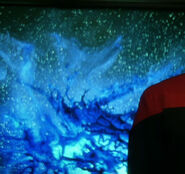 Retrieved from "https://memory-alpha.fandom.com/wiki/Dave_Archer?oldid=2414677"
Community content is available under CC-BY-NC unless otherwise noted.