David B. Levinson is an actor who was the main stand-in for Armin Shimerman and played the recurring background role of the Ferengi waiter Broik throughout the run of Star Trek: Deep Space Nine. In addition he portrayed several other background parts and received no credit for almost all of his appearances. One of his costumes as Broik was sold off on the It's A Wrap! sale and auction on eBay [1] as well as his Sisko's Creole Kitchen waiter costume. [2]

Levinson appeared in the two movies Bob's Video (2000, with Christopher Ogden) and Saving Silverman (2001, with Mark Aaron Wagner, and stunts by Noby Arden). 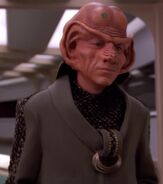 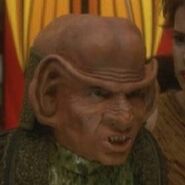 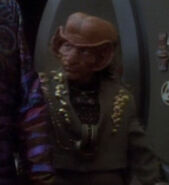 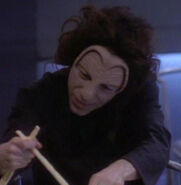 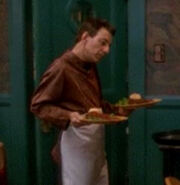 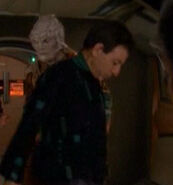 Transport passenger
DS9: "Take Me Out to the Holosuite", "Prodigal Daughter"
(uncredited) 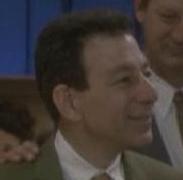 Vic's Lounge patron
DS9: "What You Leave Behind"
(uncredited)
Add an image to this gallery

Retrieved from "https://memory-alpha.fandom.com/wiki/David_B._Levinson?oldid=2430626"
Community content is available under CC-BY-NC unless otherwise noted.