David Selburg (born 17 December 1948; age 71) is an actor who has played four different roles on three of the Star Trek spin-off series.

In addition to his many television roles, he has several feature films to his credit. Among these are 1985's The Man with One Red Shoe (with Gerrit Graham, David L. Lander, Richard McGonagle, and David Ogden Stiers), 1987's Born in East L.A. (with Tony Plana and Noble Willingham), 1991's For the Boys (with Andy Dick, Bruce Gray and Andy Milder), 1994's On Deadly Ground (co-starring Mike Starr), and 1995's Species (with Jordan Lund, William Utay, and Herta Ware). In 2000, Selburg appeared in the television movie Unauthorized Brady Bunch: The Final Days, along with Lisa Wilcox, Robert Curtis Brown, and Antony Acker. His most recent film was the 2002 action/thriller The Bourne Identity. 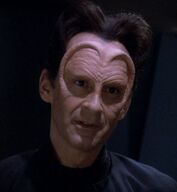 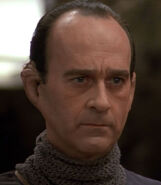 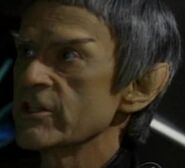 Retrieved from "https://memory-alpha.fandom.com/wiki/David_Selburg?oldid=2514123"
Community content is available under CC-BY-NC unless otherwise noted.