Multiple characters
Debra Dilley (also known as Dee Giffin Scott) (born 3 March 1955; age 67) is an actress who was hired to portray a Vulcan maiden in Star Trek III: The Search for Spock. She was picked in an interview and went to the costume fitting at Paramount, where she was sent to Gene Roddenberry's office to have her costume approved by him. Dilley filmed her scenes at Occidental College, 1600 Campus Road at Alumni Avenue, Eagle Rock, City of Los Angeles, California, which stood in as Mount Seleya. [1] Star Trek III assistant director Babs Subramaniam tried to hire Dilley as stand-in for Gates McFadden at the beginning of Star Trek: The Next Generation in 1987, but the production only hired non-Screen Actors Guild members as stand-ins.

Seven years after her first Star Trek performance, Dilley was hired to portray the Romulan Commander Sela in the Star Trek: The Next Generation fourth season episode "The Mind's Eye". For this part, she also received no credit, as she was only seen as the figure hiding in the shadows. Actress Denise Crosby, who played Sela in the following episodes, lent her voice for the scene in "The Mind's Eye". Dilley auditioned for this part with forty-nine other women and finally got the part. Unusually, she got an acting contract for this role and was called back to work on more episodes of TNG, where she portrayed multiple aliens and Starfleet officers. Dilley also worked as additional stand-in and second-unit special effects photo double for Gates McFadden's Beverly Crusher when the regulars Lorine Mendell and Cameron were unavailable. A few years earlier, her union membership was the reason she was not hired for this part.

Two costumes worn by her were sold off on the It's A Wrap! sale and auction on eBay, including the Vulcan maiden costume [2] and an operations division officer uniform from the TNG episode "Lessons". [3] The latter costume featured the name tag "Miss Dilley". Dilley can also be seen, along with costumer Kimberley Shull, on the 1994 SkyBox trading card "Alterations" from the set The Making of Star Trek: The Next Generation. [4]

With a career of over twenty years as an actress, Dilley worked on several other projects beside Star Trek. In 1981, she worked as a model for writer and director Michael Crichton on the science-fiction thriller Looker with Star Trek alumni Leigh Taylor-Young, Georgann Johnson, Terrence E. McNally, Barry Jenner, Gary Combs, and Eurlyne Epper. In 1982, she worked as a background actress on Ridley Scott's science-fiction thriller Blade Runner, where she portrayed a futuristic police officer. The film also featured Joanna Cassidy. In 1988, she was hired to work on the science-fiction film Alien Nation as a stand-in and also portrayed an alien hooker. Among the Star Trek alumni who worked on Alien Nation are Leslie Bevis, Jeff Kober, Roger Aaron Brown, Brian Thompson, Keone Young, Earl Boen, Frank Collison, and Tom Morga. 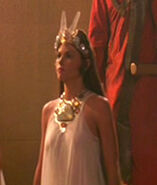 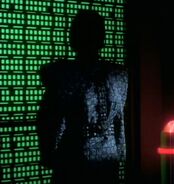 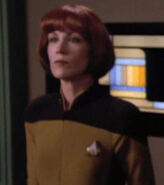 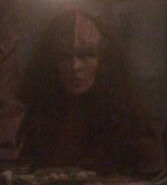 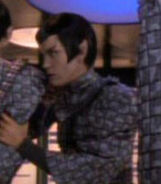 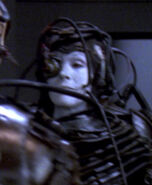