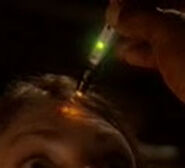 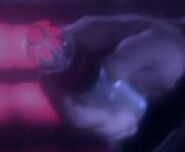 In the book Star Trek: Aliens & Artifacts, Alan Sims describes how you can make your own Dermal Regenerator. The regenerator that it refers to is actually made from an electric hair brush, and was seen in VOY: "Workforce". (Seen above, version 2377)

Several different props have been used to represent the dermal regenerator, including, ironically, the prop that represented the laser scalpel.

A prop dermal regenerator was sold in week 1 of the It's A Wrap! sale and auction for US$1,275.00. According to the listing, it was seen in the Voyager episode "State of Flux". The item is the 2376 version from the picture above. [1]