Donal R. Jankiewicz (born 10 February 1967; age 53) is an actor who appeared alongside his brother Patrick Jankiewicz in several episodes of Star Trek: Voyager. He received no credit for these appearances.

Born in Detroit, Michigan, Jankiewicz is also the brother of screenwriter Tom Jankiewicz. Beside his work on Star Trek he appeared in the comedy series Culture Clash (1994), the drama Malevolence (1995, with Michael McGrady, Clint Carmichael, Annie O'Donnell, Robert Miano, and Walker Brandt), the mystery film Lamb to the Slaughter (2002), the action comedy The Rundown (2003, starring The Rock), and the comedy series Tim and Eric Awesome Show, Great Job! (2007 and 2009). 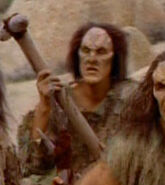 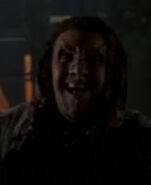 Retrieved from "https://memory-alpha.fandom.com/wiki/Donald_R._Jankiewicz?oldid=2460189"
Community content is available under CC-BY-NC unless otherwise noted.