The Drayan people were a humanoid race from the Delta Quadrant planet Drayan II. USS Voyager made first contact with the species at their homeworld in 2372. They were lead by the First Prelate.

In appearance they were humanoid with only a scaly, triangular patch at the center of their hairline to differentiate them from Humans.

However, their biology was much more unusual. They were created with an energy in their bodies that remained cohesive for a limited number of years and then was released, causing them to seemingly vanish. By that age, they also became confused, although this was considered benign as near death they reached a stage of complete innocence. Their ageing process was also reversed, so that their elders appeared to be children (and these elders, perhaps due to their confusion, also referred to each other as such).

Near the end of their lives, which might last as long as 94 years, they felt a powerful instinct to visit a cave on one of their outermost moons, and they went to die there, to rejoin, as they believed, the infinite energy existing there.

Once brilliant scientists and engineers, ultimately their technology became more important than the people, so a few generations before the 2370s, they underwent a reformation. As a result, they withdrew into their own system and hardly ever made contact with other species. As of 2372, they had not made contact with other species for several decades. However, that year they allowed USS Voyager not only a visit but also to scout Drayan II's moons for mineral deposits.

They believed that the body was merely a reflection of a higher existence that this higher plane was more important than their attachment to their brief corporeal existence, however real it seemed. They put this belief into practice with their death rites.

They believed that they were created, and that the very first spark of life occured in a cave on one of the outermost moons of their homeworld, in a cave still containing the first spark of energy. They felt an urge to return there near the end of their life, to rejoin this infinite energy. This process was known as the final ritual.

Many Drayans wore drab clothes and many covered all exposed skin with a thin black veil, although members near death did not. (VOY: "Innocence") 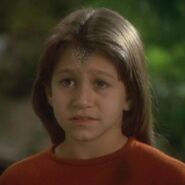 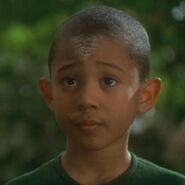 The cave in which Drayans died

The aftermath of a Drayan dying, the body vanished
Add an image to this gallery
The exact Drayan aging process was never elaborated.
The fact that the First Prelate seen in the episode was a descendant of a person said to have helped the Reformation occur might indicate hereditary leadership.

Retrieved from "https://memory-alpha.fandom.com/wiki/Drayan?oldid=2489031"
Community content is available under CC-BY-NC unless otherwise noted.