Eddie Matthews is a stuntman, stunt actor, and stunt coordinator who performed stunts in Star Trek: Insurrection, credited as Eddie Mathews, and in two episodes of Star Trek: Enterprise.

Matthews started his career as a stand-in and bit actor in films such as Friday the 13th: A New Beginning (1985, with Todd Bryant, Richard Lineback, and stunts by Gene LeBell and Tom Morga) before he entered the stunt business. 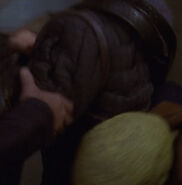 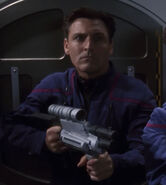