Eric Pierpoint (born 18 November 1950; age 71) is an actor and author who had guest roles in the four Star Trek spin-off television series Star Trek: The Next Generation, Star Trek: Deep Space Nine Star Trek: Voyager and Star Trek: Enterprise. He is probably best known for his role as Detective George Francisco in the science fiction series Alien Nation (1989-1990) and its five spin-off television movies (1994-1997). He took over the role from Mandy Patinkin and starred with fellow Trek performers Gary Graham, Michele Scarabelli, and Ron Fassler.

Pierpoint was one of several future Star Trek actors who read for the role of William T. Riker, as well as for the lead roles on Star Trek: Deep Space Nine and Star Trek: Voyager, before it was decided to make those characters African-American and a woman, respectively.

Outside of Star Trek, he appeared on Babylon 5, in the last episode of the fourth season, alongside Star Trek guest stars such as Andreas Katsulas and Patricia Tallman. He had a guest-starring role as US President Jefferson Williams on the fifth season of the series Sliders. Pierpoint also appeared in the 1997 comedy Liar, Liar along with Anne Haney, Mitchell Ryan, and Chip Mayer. Pierpoint has landed guest roles on Jerry Bruckheimer's CSI: Miami (with Jennifer Gatti) and on CSI: Crime Scene Investigation (with Joseph Campanella, Wallace Langham, and Liz Vassey). 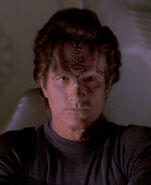 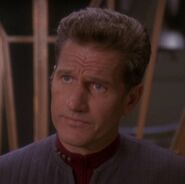 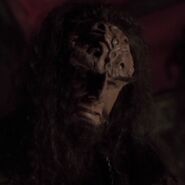