He was a recurring character in season 3, and the main cast in season 4, of Bajillion Dollar Propertie$ (which premiered in 2016) alongside Star Trek: Lower Decks co-star Tawny Newsome and Paul F. Tompkins, and was a frequent guest on Tompkins' podcast Spontaneanation. He had a recurring role in The Good Place, which also included Paul Scheer and Michael McKean. 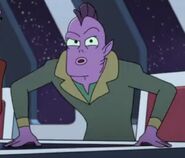 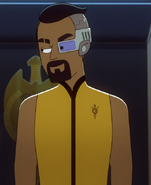