Frank G. Corsentino (13 July 1941 – 7 January 2007; age 65) was an actor who had three Star Trek appearances to his credit, playing three different Ferengi characters. Among those characters was DaiMon Bok in the Star Trek: The Next Generation first season episode "The Battle". Bok returned in the seventh season episode "Bloodlines", but was played by Lee Arenberg. His costume from the latter appearance was sold off on the It's A Wrap! sale and auction on eBay and was previously worn by Rob Steiner and Lou Wagner. [1] His face as Bok was later used in the 1995 video game Star Trek: The Next Generation - A Final Unity as the Ferengi character Aramut. He went uncredited in the game, however.

Corsentino was born in Los Angeles County, California. In the 1970s, Corsentino guest-starred in two episodes of Gunsmoke with Star Trek: The Original Series guest actor Glenn Corbett, with both Corsentino and Corbett playing a different character each time. The first episode, 1971's "Phoenix", also guest-starred Mariette Hartley, while the second episode, 1974's "A Family of Killers", featured Anthony Caruso.

Corsentino also appeared on such shows as Then Came Bronson (in an episode with Skip Homeier), Ironside (with Joel Grey and Gene Lyons), The Courtship of Eddie's Father (with Alan Oppenheimer), The Odd Couple (starring Garry Walberg), Starsky & Hutch (starring David Soul), The Fantastic Journey (in an episode written by Harold Livingston), Vega$ (including an episode with Ian Abercrombie and Gary Lockwood), and Hunter (in an episode with Michael Dorn). His feature film credits include Russ Meyer's Beyond the Valley of the Dolls (with Charles Napier), the 1971 horror film Simon, King of the Witches (with Andrew Prine), and 1974's Moonchild.

Acting on television since the 1960s, Corsentino's role as Gegis in the Star Trek: Voyager episode "Inside Man" was his last known TV appearance. Corsentino passed away in 2007 in Los Angeles County, California. [2] 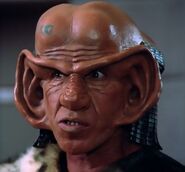 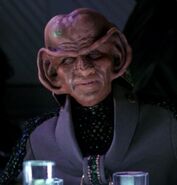