The Franklin Mint, an American company founded in 1964 in Wawa, Pennsylvania by Joseph Segel, markets an extensive array of collectibles based on a wide variety of subjects and licensed properties.

Following a series of changes in ownership over the decades, the company's remaining assets were most recently acquired by Retail Ecommerce Ventures (REV), a US holding company, in July 2020. 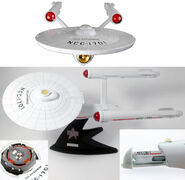 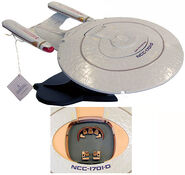 USS Enterprise-D with inset of bridge 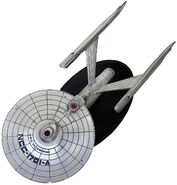 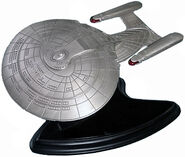 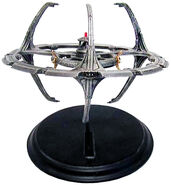 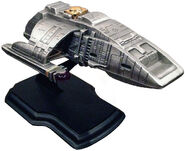 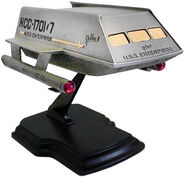 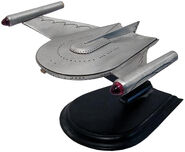 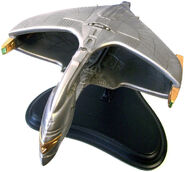 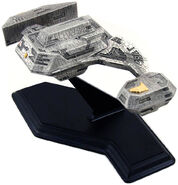 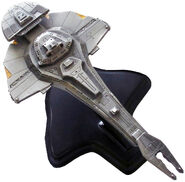 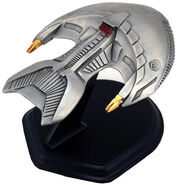 Beyond The Final Frontier

Plaque on the bottom of a pewter starship's stand

Advertisement for The Franklin Mint's The Starship Enterprise 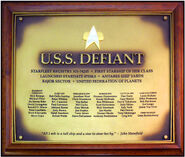 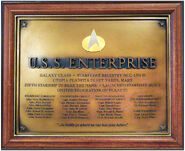 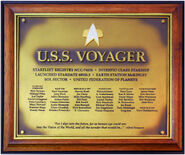 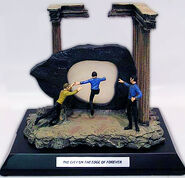 The City on the Edge of Forever 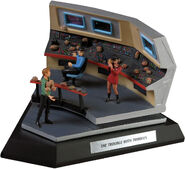 The Trouble with Tribbles

Accessories include a chain, hang tag, and leather pouch: 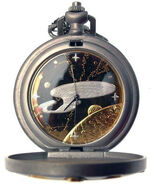 Armor Of The Galaxy Collection 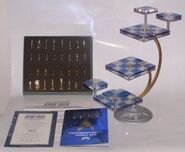 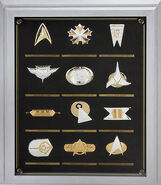 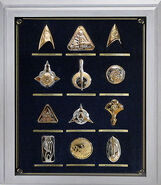 The Wrath of Khan

The Search For Spock 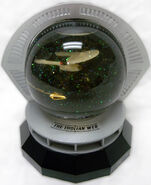 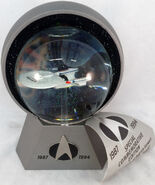 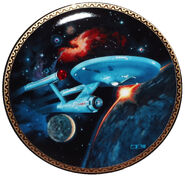 In the episode "Peak Performance", Michael Dorn's Worf character kept a metallic model of a D7-class Klingon battle cruiser in his quarters. This model was used again as a background prop in Drafting Room 5 on Mars Station in the "Booby Trap" episode. The model was actually an unmodified nine-inch 1989 evaluation prototype from The Franklin Mint's pewter Star Trek starships line.

Wil Wheaton's Wesley Crusher character kept a metallic model of a Constitution-class vessel in his room at the Starfleet Academy campus in "The First Duty". This model was actually an unmodified ten-inch pewter USS Enterprise model (#810) released by The Franklin Mint in 1988.

In "The Visitor", Tony Todd portrayed an elderly Jake Sisko who existed in alternate reality's mid-25th century. A Franklin Mint Deep Space 9 model can be seen as a set decoration in the living room of Jake's Louisiana home.

The Franklin Mint's "Zefram Cochrane's Phoenix" pewter replica was utilized in three episodes as display models seen in Admiral Maxwell Forrest's office. The Phoenix also appeared as one of Travis Mayweather's childhood models which were kept aboard the ECS Horizon. 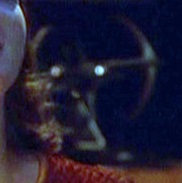