He also voices other characters on the show, and earlier lent his voice to Star Trek Into Darkness. Together with David Sobolov he provided all the Klingon voices heard in the film except the one of Sean Blakemore. Sobolov and Tatasciore were coached by Marc Okrand. [1]

Tatasciore is known to be the voice of the Hulk, the Beast, and Bane in several animated films and series and video games. He voiced James T. Kirk, Leonard McCoy, and Spock in several episodes of the television series Robot Chicken (2005-2014).

Between 2012 and 2015, Tatasciore received five Behind the Voice Actors Awards nominations including a nomination as Voice Actor of the Year in 2014. [2] 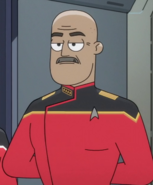 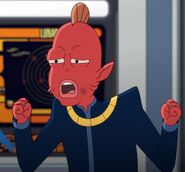 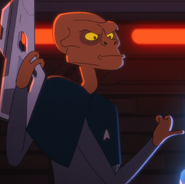 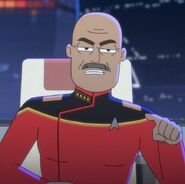 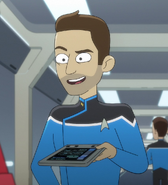 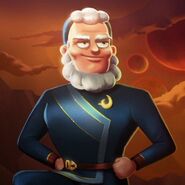 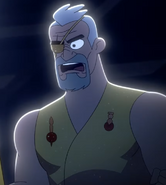 Klingon
(LD: "An Embarrassment Of Dooplers") 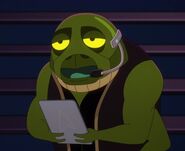 Bouncer
(LD: "An Embarrassment Of Dooplers") 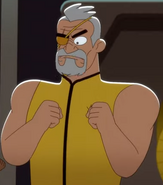 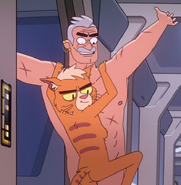