Fritz Sperberg (born 20 July 1951; age 69) is an actor from Texas who portrayed two different characters in two episodes of Star Trek: Deep Space Nine and Star Trek: Voyager. Two of his undershirts from "Body and Soul" were sold off on the It's A Wrap! sale and auction on eBay. [1] 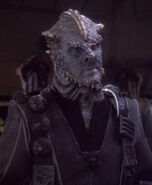 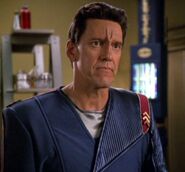 Ranek
VOY: "Body and Soul"
Add an image to this gallery

Retrieved from "https://memory-alpha.fandom.com/wiki/Fritz_Sperberg?oldid=2534703"
Community content is available under CC-BY-NC unless otherwise noted.