Aside from the Star Trek franchise, Hasbro has over the years also served other science fiction franchises with their product lines, most notably those of Star Wars, Babylon 5 and Battlestar Galactica

Before its acquisition by Hasbro, Galoob held three separate Star Trek licenses. It produced the first action figures and toys based on Star Trek: The Next Generation in 1988, created a line of figures for Star Trek V: The Final Frontier in 1989, and released a series of Star Trek "Micro Machines" starship miniatures from 1993 until 1997.

The history and development of the Galoob line was featured in the 2018 "Star Trek" episode of the Netflix series The Toys That Made Us. In the documentary, former Galoob CEO and son of founders Lewis and Barbara, David Galoob, conceded that his company had from the outset made an assessment error when they took on the Star Trek license, "We did not think Star Trek was a license for adults. We thought the Star Trek license would sell to the kids," thereby underestimating the vast adult collector's fanbase who desired accuracy, instead taking their cue from the Star Wars toys as released by Kenner Toys. Consequently their action figure lines were not only small, but not particularly accurate either, with many production errors to boot. "It just never really hit its stride at retail," Galoob further admitted, "never was anything like Star Wars, and ultimately we dropped it."

Galoob's assessment notwithstanding though, the later released Star Trek "Micro Machines" line of the mid-1990s, turned out to be quite collectible and thus popular. (see below) 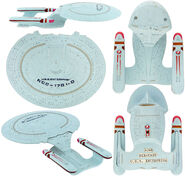 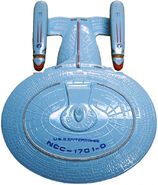 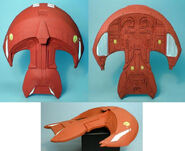 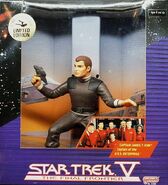 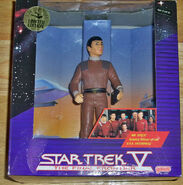 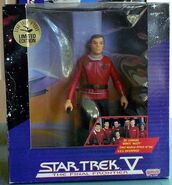 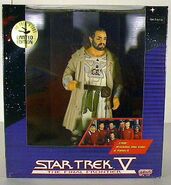 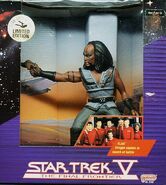 The first releases were three-packs packaged in transparent bubbles attached to printed cardboard cards, known as blister packs. In size, the miniatures were comparable to the – pewter – gaming miniatures (usually in the stated scale of 1:3900) made by FASA and Task Force Games. And indeed, a pewter colored collector's series, no. 66072, was also issued in 1995 to reinforce the kinship between the two product lines. In total, 52 unique molds were created for the Micro Machines Star Trek line and 93 deco variants were released.

There were also special ships made, available only as part of three 16-piece "Collector's Edition" box sets, in which all the models were available. They were ships from "All Good Things...", the USS Enterprise-A and the USS Enterprise-E. Other collector sets featuring silvered and bronzed versions were also issued. Five vessels were individually released in 1995 as part of a promotional action for the fourth edition re-release of the three-pack series, and were simultaneously released in mainland Europe.

Continental Europe saw the official release of the Micro Machines in 1994 (all mounted on a DS9-style card), tied in with the three-pack third edition, and apart from the tri-lingual text on the packaging differed form the US packaging in that it was sub-licensed to Ideal, whose logo was also printed on the front of the packaging. Unlike the third edition, the fourth was in packaging, save for some minor language imprints and the lack of the numbering on the front, virtual identical to the US version. All European editions merely stated Star Trek on the bottom on the front of the packaging as opposed to the US versions that specified which series was applicable. 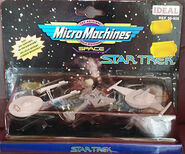 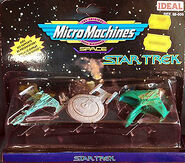 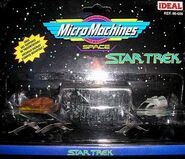 Retrieved from "https://memory-alpha.fandom.com/wiki/Galoob?oldid=2533644"
Community content is available under CC-BY-NC unless otherwise noted.