Hammacher Schlemmer is an American mail-order catalog retailer that was founded in 1848 and is based in Niles, Illinois. Since 1980, the company has been owned by the family of J.R. MacArthur, the late founder of The Bradford Exchange.

Between 2008 and 2011, the company retailed a number of licensed Star Trek items including a USB Internet Communicator (also released by Dream Cheeky), the Authentic James T. Kirk Captain's Chair, the Obsessed with Star Trek electronic game, and the Animated Musical Starship Enterprise Lamp. 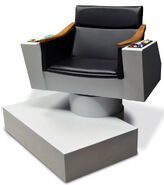 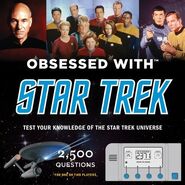 Retrieved from "https://memory-alpha.fandom.com/wiki/Hammacher_Schlemmer?oldid=2396773"
Community content is available under CC-BY-NC unless otherwise noted.