Enterprise trainee
Albino guard
Voyager officer
Kraylor engineer
Hubie Kerns, Jr. (born 1 August 1949; age 73) is a stuntman, stunt actor, stunt coordinator, and second unit director who performed stunts in Star Trek II: The Wrath of Khan, in seven episodes of Star Trek: Deep Space Nine as one of the stunt doubles for Colm Meaney and Andrew Robinson, and in three episodes of Star Trek: Voyager. He received no credit for all of his Star Trek television appearances. Kerns dropped the Jr. from his name when his father, who was also a noted stuntman, passed away in 1999. His father, Hubie Kerns, Sr. performed stunts in Star Trek: The Original Series.

Kerns was born in Hollywood, California and has been married to actress Sandra Kerns since 1975. They have two children, Zack and Kallie. Kerns started his acting and stunt career at the age of 10, doubling actor Jon Provost in the television series Lassie. He has also worked as a second unit director and camera operator and is specialized in underwater photography and action scenes. As a stuntman he mostly performs car stunt work and is also a precision driver for motorcycles, boats, and other vehicles and is involved in several car stunt organizations such as Tom Anthony's precision driving team which he joined from 1973-1988. Kerns worked also for several years as a beach lifeguard and junior lifeguard coach.

Kerns was the second unit stunt coordinator and underwater stunt double for actor Patrick Duffy on the television series The Man From Atlantis (1977-1978), where he joined Tom Morga and the late Paul Stader. According to Morga, Kerns work was the most difficult of the series. His scenes were shot in a depth of about twenty feet in cold water and the only thing he wore was a swim suit. 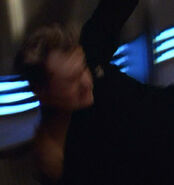 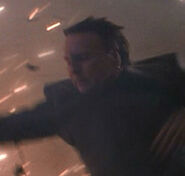