Inside Star Trek: The Real Story

ISBN 0671562592
Inside Star Trek: The Real Story is a reference book on the production of Star Trek: The Original Series written from the first-person perspective of the operational decision makers at the time, in this case the producers. Both authors, Herbert Solow and Robert Justman, a studio executive on the first two seasons and a producer on the near entire run respectively, were two of the most important decision makers on the show at the time. The book is liberally illustrated with production art and behind-the-scenes photographs, mostly originating from Justman's personal collection.

From the book jacket
Before the actors were cast, before the U.S.S. Enterprise™ was designed, before the phenomenon exploded, there were three men who set about creating the Star Trek legend. Gene Roddenberry died in 1991. Herb Solow and Bob Justman now remain the only two people on the planet Earth who really know what happened in those early, heady days.

INSIDE STAR TREK is a comprehensive look at the development and life of a television and cultural phenomenon. It is also the story no one else could tell. Between them, Solow and Justman had a hand in virtually every aspect of the development and production of Star Trek – from the battles with NBC and the internal conflicts with studio executives to the behind-the-scenes decisions about actors and their characters, writers, scripts, directors, budgets, and the endless details of weekly television production.

Together, the two men debunk many of the myths that have developed around Star Trek in the last thirty years. At last, here is the fascinating and accurate account of a unique television series launched against astronomical odds – a television series that transported millions of viewers into another world and into an unprecedented, thirty-year, multimedia, multibillion-dollar cultural phenomenon.

note: from the paperback edition 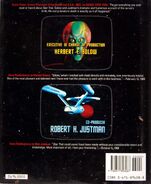 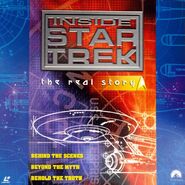