Irving E. Lewis is a stuntman and stunt actor who appeared in several episodes of Star Trek: The Next Generation, Star Trek: Deep Space Nine and Star Trek: Voyager and in two Star Trek films. He was one of the main stunt doubles for LeVar Burton and Tim Russ.

Lewis filmed his stunt scene for the TNG fourth season episode "Identity Crisis" on Monday 21 January 1991 on Paramount Stage 9 opposite Dennis Madalone. For this appearance he wore a green suit which was later removed by visual effects supervisors Dan Curry and Rob Legato to made him look like a chameleon. For the Star Trek: Voyager third season episode "Warlord", Lewis filmed his scene as Ilari stunt guard on Monday 9 September 1996 on Paramount Stage 16 and as stunt double for Tim Russ on Wednesday 4 September 1996, also on Paramount Stage 16. His stunt double costume was later sold off on the It's A Wrap! sale and auction on eBay. [1]

Lewis graduated from South Plainfield High School with fellow stuntman Dennis Madalone in 1974 and is a close friend of Madalone and stuntman Mark Riccardi. All three met again on the set of Star Trek: Deep Space Nine. 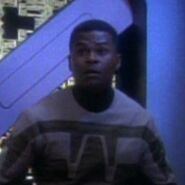 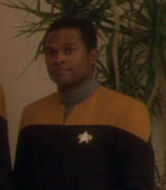 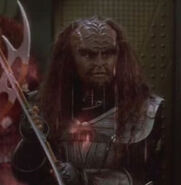 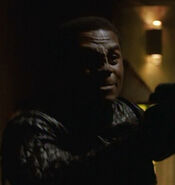 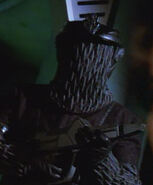 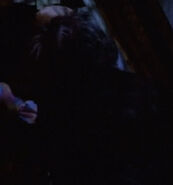 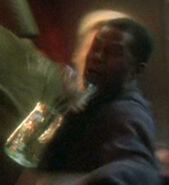 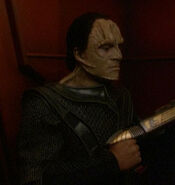 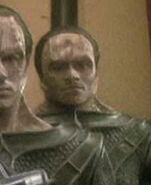 Cardassian patrol guard
DS9: "What You Leave Behind"
(uncredited) 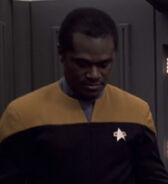 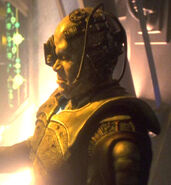 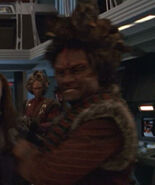 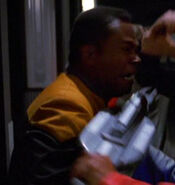 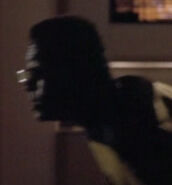 Stunt double for LeVar Burton
TNG: "The Next Phase"
(uncredited) 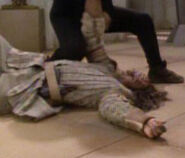 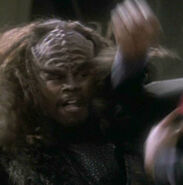 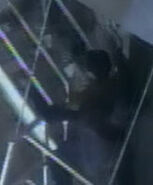 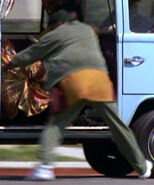 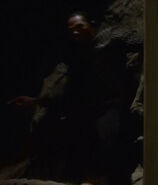 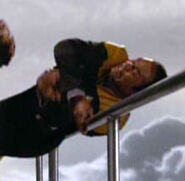 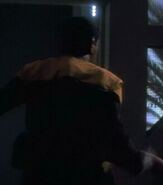 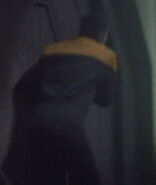 Retrieved from "https://memory-alpha.fandom.com/wiki/Irving_E._Lewis?oldid=2419245"
Community content is available under CC-BY-NC unless otherwise noted.