Multiple aliens
Irving Ross is an actor who appeared in several episodes of Star Trek: The Next Generation and Star Trek: Voyager. As a background actor he received no credit for his appearances. His costume from the episode "Rightful Heir" was sold off on the It's A Wrap! sale and auction on eBay. [1] 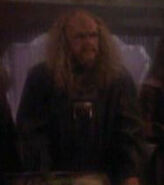 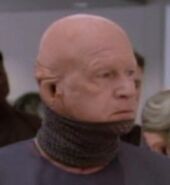 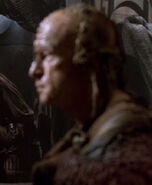 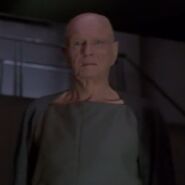