Both her father Jon Jon and her mother Megan, as well as her brother Teo, are actors. Briones started modeling in New York City at the age of 3 and moved into acting after her family moved to Los Angeles in 2006.

In 2008, she appeared in the short movie Persuasion and the feature film Brown Soup Thing. 2010 saw her in Takers (with Idris Elba and Zoë Saldana) and the television movie Cutthroat (with Branscombe Richmond). In 2013, she appeared, alongside her brother, in the movie Lonely Boy which featured Richard Riehle. In 2018, she featured in an episode of American Crime Story alongside her father and Van Epperson.

Briones won the 2018 Ovation Award for Featured Actress in a Musical for the role of Natalie in Next to Normal. [1] In 2018, she joined the touring cast of Hamilton in the dual roles of Peggy Schuyler and Maria Reynolds, becoming the youngest actor to play a lead role in the hit musical. [2] 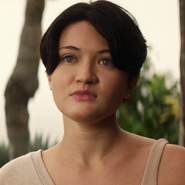 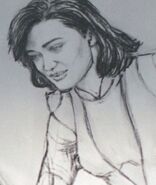