In 2014, he voiced Dirhael in Middle-earth: Shadow of Mordor (with Nolan North). He later appeared in Logan Lucky (with Seth MacFarlane) in 2017, and starred in Plus One (with Ed Begley, Jr.) in 2019. 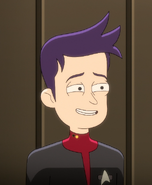