Shearer has appeared in many television series, such as in a recurring role in Ally McBeal, Malcolm in the Middle (episode Halloween Approximately, with Kate Asner and Kevin Brief), and Boston Legal, which featured William Shatner and Rene Auberjonois. 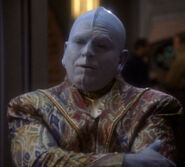