James Washington is an actor who worked as regular stand-in and photo double for Michael Dorn on I AM ERROR. On many call sheets he is listed as J.W..

Washington also appeared as a Malcorian doctor in the fourth season episode "First Contact". For this episode he filmed his scenes on Friday 7 December 1990 and on Monday 10 December 1990 on Paramount Stage 16. In the episode "Galaxy's Child" he had a walk on part as a Starfleet officer in a scene in Ten Forward which he filmed on Thursday 20 December 1990 on Paramount Stage 8. A command division uniform worn by Washington was later also worn (and distressed) by actor Curt Truman. The uniform was sold off on the It's A Wrap! sale and auction on eBay. [1] 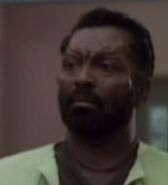 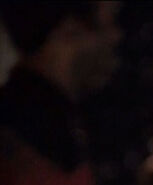 Retrieved from "https://memory-alpha.fandom.com/wiki/James_Washington?oldid=2209745"
Community content is available under CC-BY-NC unless otherwise noted.