Multiple characters
Jeannie Malone (aka Jeannie Shepard) worked as a regular stand-in and background actress on Star Trek: The Original Series for all of the show's three seasons. She was a stand-in for female guest stars and for Grace Lee Whitney, but could regularly be seen as a yeoman or crew woman on the bridge in nearly every episode of the series, as well as many other background characters in numerous episodes.

In 1963 she appeared as a nurse in the comedy Who's Been Sleeping in My Bed? along with Len Felber and Arthur Tovey. 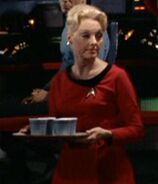 Body double for Sherry Jackson
TOS: "What Are Little Girls Made Of?"
(uncredited) 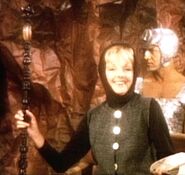 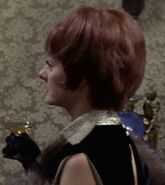 Fabrini servant
TOS: "For the World is Hollow and I Have Touched the Sky"
(uncredited)